here is an file of the 1972 WABC promo to win tickets to
the Sunday show. Robert Morgan, retired now from WABC, made the promo and attended one of the shows. 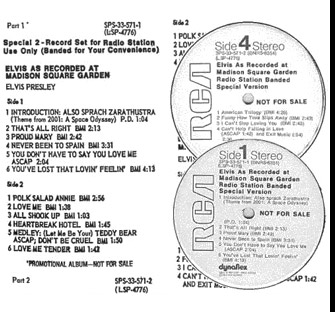 A promo LP was done for the radio stations. The next article was
written by Peter Schittler and it was taken out of the Bringin` it back
magazin Nr. 15.

The eve of the 25-year old anniversary of the LP ELVIS AS RECORDED AT MADISON SQUARE GARDEN. I would like to react to a reader desire and to bring a few special illustrations. The original LP played both sides to the end without intermediate grooves in a piece, which would have made it impossible for DJ's to play one the Songs in the radio. In order to make that possible, RCA made a special promotion double LP , on which the songs were ' banded ', i.e., by broader grooves between the individual Songs, well evidently from each other separated. The label of the LP's were naturally white, and the cover was it likewise - without any photos or print, only with two program stickers on the front side. The value of the good piece becomes on approx.. 300 - 400 U.S. dollar estimated. Which would estimate the Elvis world importantly more, the publication of the Afternoon Show from 10 June 1972 would be finite - 1997 would be a good time in addition. 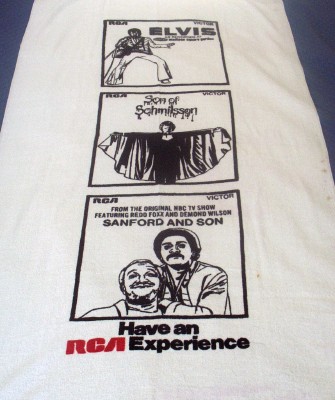 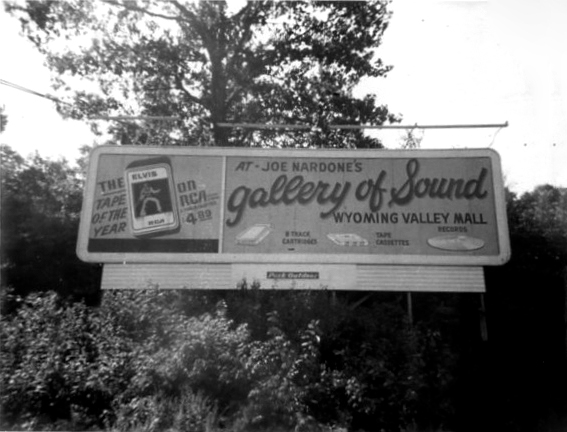